Tim Santoro was named the Head Coach, Women's Soccer at NC State on November 30, 2012. Santoro came to the Wolfpack from Wake Forest, where he served as Associate Head Coach for the then nationally-ranked Demon Deacons.

"Tim Santoro was identified early in the search process as one of the rising stars in women's soccer" said Sherard Clinkscales, former Associate Athletic Director at NC State. "His recruiting efforts established Wake Forest as a perennial top ten program. Coupled with a strong acumen for game strategy and commitment to student-athlete development, it became clear to the search committee and me that Tim was the right choice to lead the women's soccer program. Tim understands the challenges of competing in the ACC and embraces them. He is determined to restore NC State to its past glory as a national contender."

The 2017 season took the Wolfpack to new heights after the historic 2016 campaign:

The 2016 season marked a clear breakthrough for the Wolfpack. The NSCAA Southeast Regional Coach of the Year and a finalist for NSCAA National Coach of the Year, Santoro guided the program to its first NCAA Tournament appearance in 20 years and led them to their first ever NCAA Sweet Sixteen since the origin of the 64-team tournament. The program concluded the 2016 season ranked in the national polls: #23 in TopDrawerSoccer poll and #24 in the NSCAA poll. The rankings mark the first time since 1995 that NC State has closed the year ranked in the Top 25. NC State also finished #34 in the NCAA RPI, posting a 186- spot improvement from its final 2015 RPI ranking.

The team defeated or tied three other teams ranked in the final 2016 NSCAA poll including, #4 North Carolina, #15 Minnesota and #22 Pepperdine. Overall, the Pack holds seven results against teams that were ranked or receiving votes.The NCAA Tournament wins v Minnesota, the 2016 Big 10 regular season and tournament champions, and versus 2016 West Coast Conference champion, Pepperdine, put the Wolfpack on the cusp of an NCAA College Cup berth. In addition, Santoro led NC State to its first ACC Tournament postseason berth in 10 years by gaining points in half of its ACC matches and garnering the #8 seed.

NC State’s four regular season ACC wins in 2016 were the most ACC wins since 1995 and the 11 overall wins were the most total wins since 1996. The team was also ranked in several polls throughout the year, and climbed to as high as 17th in the national polls despite facing the hardest ACC schedule in the conference.

The team earned a signature win in its ACC opener, traveling to North Carolina and getting a 1-0 victory at Fetzer Field for the first time in program history. The win marked the biggest win over a ranked team since 2001. The Pack totaled six straight wins and held a shutout streak over 463 minutes during the winning streak from Aug 28-Sept 21. The team played exceptional on the road, going 4-4-2. The 2016 squad was one of the youngest in the country, built primarily of freshmen and sophomores. The top-20 freshmen recruiting class accounted for the team’s top three and five of the top-six point scorers. Freshmen recorded 23 goals and 19 assists for 69 percent of the team’s points, while all four sophomores made a huge jump from their freshman season and started every match for the team.

The team had a strong offensive and defensive year, scoring 32 goals – more than the last two seasons combined – and lowering its goals against average to 1.10 to tie its best mark since 2011.

Prior to NC State, Santoro was one of the top assistant coaches and recruiters in the country from 2008-2012, directing and coordinating all aspects of recruiting and developing Wake Forest in his five seasons into one of the premier programs in NCAA Division I and in the Atlantic Coast Conference.

During his tenure at Wake Forest, the Deacons achieved major firsts in the program's history, including the NCAA College Cup and the No. 1 overall seed in the 2011 NCAA Tournament, the 2010 ACC Championship, and a top-5 recruiting class in 2010.

According to Wake Forest head coach Tony da Luz, Santoro was instrumental in those achievements. "I'm very excited for Tim to have this opportunity at NC State. Tim has been huge part of our success over the past five years. He has a tremendous knowledge of the game, is a hard-working recruiter and has a personality that makes him a coach that players want to play for."

In 2011, the Demon Deacons earned a No. 1 seed in the NCAA Tournament and advanced to the program's first-ever College Cup, in addition to making a return trip to the ACC Tournament final after first winning the conference title in 2010. Santoro's defenders gave up only 20 goals all season, earning a 0.74 goals against average that ranked as the lowest in school history, and kept 14 shutouts, the second-highest total for a Wake Forest squad.

The 2011 squad reached No. 1 in the NCAA RPI rankings and peaked at No. 3 in the NSCAA poll, with both marks being the highest in school history. The team also set a school season record for wins (18), finishing with an 18-4-4 record.

In 2010, a so-called "rebuilding year" after graduating seven starters in 2009, Santoro helped the Demon Deacons win their first-ever ACC Championship and receive a final ranking of No. 8 in the Soccer America poll.

Santoro attended Catawba College in Salisbury, N.C., and was a four-year member of the men's soccer program before graduating in 1994. He helped guide Catawba to a pair of NAIA National Tournament appearances, before the school moved to the Division II level for his final two seasons. He was named an honorable mention All-American as a senior.

Santoro, who hails from a New Jersey soccer family with his older brother, Mat, the Head Coach at Division II men's program University of Southern Indiana, lives in Raleigh with his wife, Pilar, and their three dogs (Nesta, Philly, and Cali). 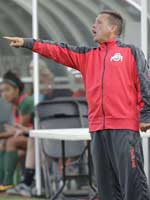 “To add someone of Glen’s experience and knowledge was exactly the goal of the search,” Santoro said. “Recruiting the best people is always my goal, whether its players or staff. Glen’s got an abundance of successful experience at all levels (youth, ODP, college and professional) and will add the expertise that NC State needs to keep evolving.”

“Glen and I have known each other for almost 15 years and have always tried to unite on the same staff. I’m glad the opportunity to work together is finally here.”

Tourville most recently served as director of coaching with the Classic Eagles Soccer Club in Columbus, Ohio, since 2014. 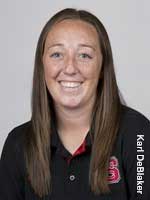 Kim Kern is in her fourth season on the NC State staff. She spent the 2012 season as the Director of Operations and 2013-2015 as Assistant Coach before re-joining as a Volunteer Assistant Coach in 2017 after playing professional for Oulu Nice in Finland.

Kern is the owner of an NSCAA Advanced National Goalkeeping Diploma. She also currently serves as a goalkeeper coach for both the North Carolina Olympic Development Program and on the youth side of North Carolina Football Club (NCFC).

"Kim brings a lot of knowledge and experience, not just to the goalkeeper position on the coaching side, but to the program as a whole with her knowledge of NC State and the Raleigh area." said head coach Tim Santoro.

The Raleigh, N.C., native graduated from NC State in May 2012 with a degree in sport management. She was a four-year starting goal keeper, making 66 career starts in net, including 57 out of 58 games her final three seasons. Kern's 324 career saves rank third best in school history, while her 1.29 goals-against-average and 15 shutouts rank fourth and fifth, respectively.

She was a two-time ACC All-Academic Team member, and earned Academic All-District first team honors during her junior season. 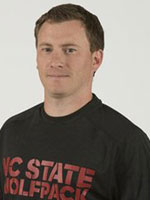 McKenna has served as assistant coach at Loyola University (MD) since 2014. Prior to Loyola, McKenna spent 2013 as an assistant coach at Georgetown, where the Hoyas went 16-3-2 and made a second consecutive NCAA Tournament appearance.

"Steve is a great fit for this position and for this program," Santoro said. "I was very patient with this search but after the time spent together and the sharing of ideas, I quickly realized that Steve is the experienced person we need. He will hit the ground running in all facets of our program and make an immediate impact at NC State." 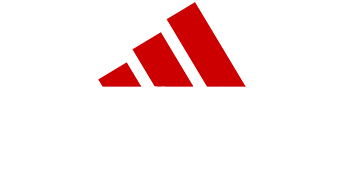 All Wolfpack Soccer Series Camps and Clinics are open to any and all entrants (limited only by number, age, grade level, or gender).